Do You Understand the Internet? 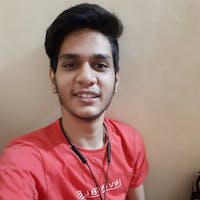 In this blog, we are going to find the answers to these questions -

Fasten your seat belts for a ride over routers...

What is the Internet?

What is a Network? 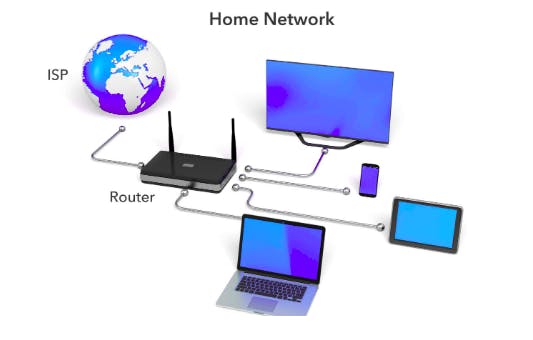 What are IP addresses?

What Happens When You Search on Google?

We will open software called a browser (like chrome) and enter a query to search with Google’s search engine. The browser will do the job of converting our normal query to a proper HTTP request to google.

Computers communicate by sending packets, which are like virtual envelopes sent between computers. (Ultimately still 0s and 1s).

So we will place this request inside an envelope (as an analogy). On the envelope, we need to mention the destination and source address.

But we do know the domain name of Google - www.google.com. To convert a domain name to its corresponding IP address, we use a Domain Name System(DNS) server.

A request will be sent to the ISP’s DNS server for Google’s IP address.

We have assumed our IP to be 1.2.3.4 and google’s 5.6.7.8. After sending the request off, we’ll get a response some milliseconds later. The result will be sent back in one or more packets.

What if one of the packets goes missing?

We can logically infer which packet is missing based on the ones received. For this, we will need another protocol called TCP (Transmission control protocol) which ensures packets can get to their destination.

It supports sequence numbers that help data get to its destination.

Therefore, on the envelope we previously saw, we must have mentioned the port as well before sending it.

What are the Rules of the Internet?

We have used the term protocols multiple times till now. Protocols are just sets of rules.

Internet uses these protocols to standardize all communication.

There is one more protocol called UDP (User datagram protocol) that can be used instead of TCP.

Where is Google's Server Located?

When we sent our envelope, our laptop didn’t know where is the Google’s server located. We knew the IP address of the server but we didn’t have a map to decide which direction to go to and we certainly cannot use Google maps 😅.

This again is the job of routers:

The router’s purpose is to send data in the direction of a destination. The next router will send it to another until it reaches a destination.

We can use a program called traceroute that sends packets to each router on a path to a destination, reporting the time it takes to reach that router: 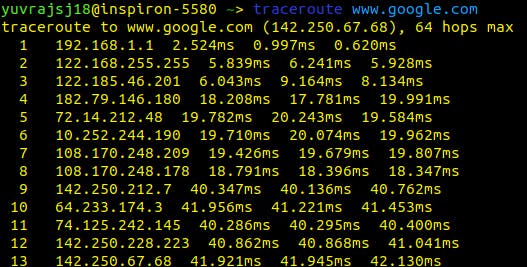 What Devices Hold the Internet Together? 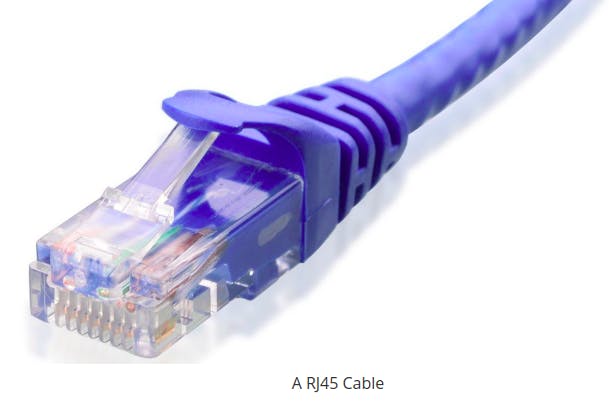 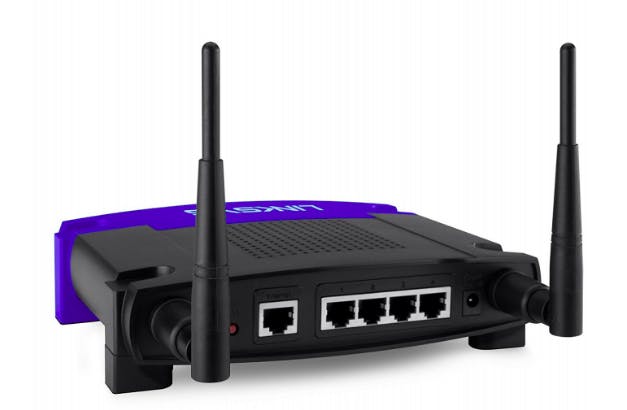 This article is inspired by a presentation I gave with my friend Manmeet Brar in my Computer Network class.

I do now! Thanks for sharing this.

Thanks for reading Sunayna!! 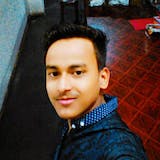